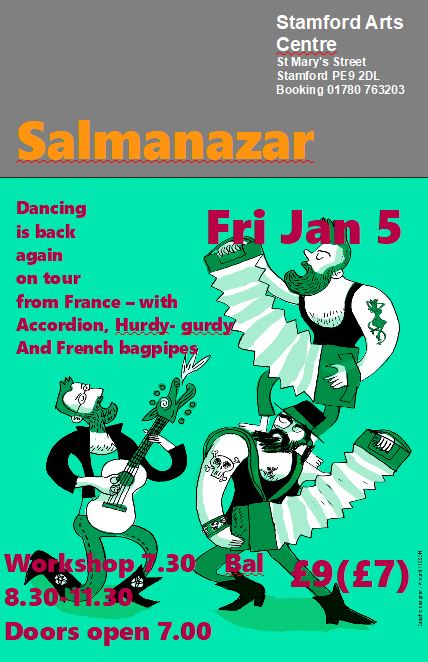 Cédric Martin, tireless virtuoso of the diatonic accordeon, is returning again to Stamford Arts Centre by popular demand for the 10th year. His annual visit to England has become an eagerly anticipated New Year fixture. Salmanazar, meaning a very large bottle of champagne, is the latest new French dance band of Cedric Martin to visit the UK on tour just after New Year. As well as London and Norwich they will be playing in Stamford. The band includes two internationally acclaimed players with Philippe Laussine on the electric hurdy-gurdy and Sébastien Benoît on giant French bagpipes and whistles. These are some of the best traditional musicians in France.

This new trio of experienced musicians play very danceable and traditional French music exploring the roots of their respective instruments and giving them a new lively dimension - just the thing to lift the spirits and move the limbs into the New Year! Everyone welcome, with or without partners, as beginners will be given a gentle introduction to the simple social and couple dances, and experienced dance partners will always be on hand.

Cedric has played here for many years with the duos Expire and Moussaka. Philippe has huge international touring experience having played with British masters of the hurdy gurdy like Cliff Stapleton and Nigel Eaton in the past. Sebastien has also played in various bands for many years on a range of large and small pipes and whistles. 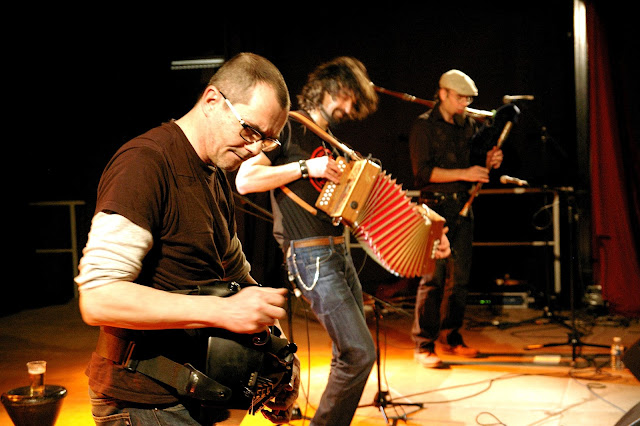